This blog has covered several topics over the last several months, with some being related to myths, legends, and folklore, while many other subjects fell under the bizarre, interesting or uncertain category. However, there hasn't been much talk about supernatural entities such as ghosts or haunted houses, etc. Well, I do recall doing a post over the Tennessee Bell Witch, but still..., this blog needs more of this type of subject. Hmm, I think many of us enjoy hearing a good ghost story, as long as the ones telling the stories are sincere and really believes in what they have witnessed, felt, or encountered.

When dealing with things or places that seem to be of an occult nature, there is usually a logical explanation behind it all. But, there are many stories out there and personal experiences that will not yield to rational thinking or physical science, for that matter. I remember as a kid, watching the television series "Unsolved Mysteries," and they would, from time to time, have shows about this very same subject. Stuff like ghost ships, haunted houses, spirit-possessed mansions, and other unexplained supernatural occurrences with eye-witness reports. I always liked the shows about UFO sightings the best, but almost all of its episodes were interesting.

Anyway, this post is going to be left up to you, the reader, to provide the rest of the content in the comment field. This is your chance to share your stories about dealing with the occult, whether you have one short story or several of your own or if you're telling it for somebody else, as long as it pertains to the supernatural, ghosts, unexplained phenomena, and so on.
Personally, I don't have anything to add on my own because, thankfully, I have never encountered such things. Well, as a kid, I'm sure I thought I came across a few ghosts, witches, and other boogy-boogy things, but it was just me being a little kid and letting my imagination run wild.

On another note, I have talked to some people who have really been convinced that they've witnessed evil spirits, angry ghosts, and whatnot. I'm sure that many of us have heard the tales of certain houses being haunted, and especially if the houses had been built over graveyards, ancient burial grounds or whatever. I've also heard of people living in houses where violent murder and other bad things occurred in the past, before moving in, and had seen things happen in the house while living there that could only be filed under the supernatural file.

You know, the type of stories that involve people who literally get spooked out of their home by these mysterious entities and wicked spirits, from stuff like the following: Objects moving on their own, loud stomping footsteps at night even though everybody is in bed, banging on the walls from an unknown source, lights cutting on and off by their selves, doors opening and slamming shut for no reason, screams of terror that keeps waking you up at night that just doesn't seem like a dream anymore, etc., all while nobody is visibly doing or causing any of this to happen. I've also heard of people physically getting touched by ghosts, and other more harmful stuff. Many people claim to get a chill from cold air when a ghostly spirit is near...

I'm sure most people just imagine these things up, tell lies for fun, or perhaps they are just paranoid of the supernatural in general. On the other hand, if you have a fetish for the occult, I'm sure that you probably eat up every story you can get a hold of. Okay, back to the point of this post......

If you would like to share a personal real-life story or event (it doesn't matter how long or short it is) that relates to the paranormal, feel free to use the 'comment field' to tell everybody who finds this post, just what your supernatural experience or experiences was like or about.

This post may remain without any comments for a while (depending on how long it takes to rank well in the search engines), but eventually I hope more people out there who have a ghost story to share, will find this blog entry and drop by to type their stories into the comment section for others to enjoy. Hopefully, as time goes by, this particular post will grow into one big page of random people's dealings with the occult.

Please remember, this post is only for comments related to the paranormal that is often reported in haunted houses, such as poltergeists, not about spotting a Mermaid, Bigfoot, Sea Monster, or a Chupacabra. Got it? If you just land here to share your spam links or say "thanks for the information" or obviously type some silly trash just to get a link back to your website, then you can go share your own ass somewhere else; thanks! 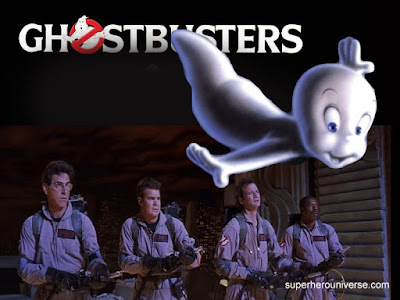