Boo-boo, boogy-boogy, it's underworld time! The silly religions of today that claim deities from the flaming underground abyss, are not the only ones who had special characters down below. Many of us get tired of hearing about the cartoon figure known as "satan," "devil" or "lucifer" and we just need to change it up a bit.

The main boogy-boogy man in this post, is from Aztec mythology and this lovely being goes by the name "Mictlantecuhtli" which simply means "Lord of Mictlan." The Aztec Underworld has 9 layers, the deepest being Mictlan, and is ruled & dominated by the precious, dear Mictlantecuhtli.

This particular underworld tyrant was one of the primary gods of the Aztecs, with worship & rituals sometimes involving cannibalism along with other ill-minded, sick, freaky, flesh-eating acts of insanity that often transpired in or around the sacred temple of asininity.

Below, I'll provide a depiction of the tyrannical, despotic Aztec Underworld hero that goes by the name, which is a joy to spell, "Mictlantecuhtli"...... 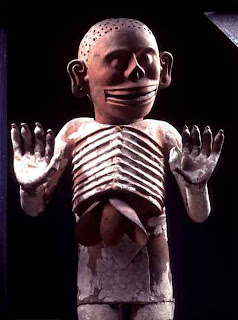 ---The divine woo-woo of wooism says, "Boo-boo!"
Posted by Obscurely Diverse at 8:22 PM No comments: 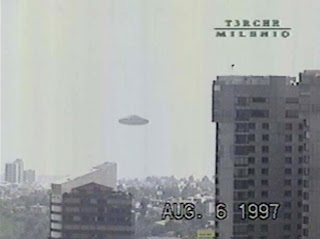 Dionysus was the Greek god who inspired ritual insanity, drunken madness, joyful worship, along with presiding religious ceremonies, eccentric ecstasy, crazy carnivals, kooky celebrations, and was also a major figure of Greek Mythology. It sounds like him and the free-spirited Satyrs would get along just fine, if ya know what I mean...
Dionysus was the god of wine and is often depicted with vine leaves in his hair, while holding a cup or goblet of wine. He is often described as being sort of a feminine male, but with him being a divine sot, this is to be expected. Dionysus was, in addition to his wine god status, a god of Greco-Roman mysteries.

Dionysus, by myth, had a bizarre birth. His mother was a mortal woman named "Semele," and his father was the mighty Zeus, the king of the gods. Zeus' wife, Hera, a jealous goddess who was a bit of a prude, discovered the affair while Semele was pregnant. Appearing as an old hag, Hera befriended Semele, who confided in her that Zeus was the actual father of the baby in her womb. Hera pretended not to believe her, and planted seeds of doubt in Semele's mind.

Semele got duped by Hera's deception and due to this, she became curious and doubtful. Semele demanded of Zeus that he reveal himself in all his glory as proof of his godhood. This was a terrible mistake by her albeit Zeus begged her not to ask this, but she persisted and he finally agreed. Hence, he came to her wreathed in bolts of lightning; mortals, however, could not look upon an undisguised god without dying, and she perished in the ensuing blaze.

Zeus rescued the fetal Dionysus by sewing him into his thigh. A few months later, Dionysus was born on Mount Pramnos in the island of Ikaria, where Zeus went to release the now-fully-grown baby from his thigh. In this version, Dionysus is borne via two "mothers" (Semele and Zeus) before his birth, so one could say he was a "twice-born" wine-drinking bastard, perhaps. He is also known as Bacchus (the Roman equivalent). 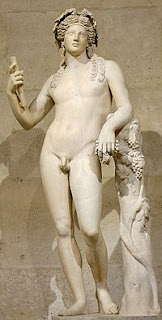