In a moment, I'll provide a Google Video link that contains a video that was supposedly smuggled from Area 51. The video was uploaded to that particular video media player, roughly 3 years ago. It contains over an hour of content, mostly interviews, along with a couple minutes of the anonymously claimed alien interview @ Area 51.

I'm sure most of you have heard about all the top secret activities that this desolate spot in Nevada harbors under its high security facility. I'm assuming that most of you feel that the government hides a lot of information from the general public, and many may question the intentions they actually have for humanity. Why do we keep using primitive fuel sources even though we have the technology for free energy? Why do we continue to treat diseases with drugs even though many could possibly have a cure by now? Why do we, except for very few, get left in the dark when it comes to discoveries and information regarding alien life? Yes, because of money, corruption, and/or control...

The video that I'm about to post a link to is more than just interesting, whether it is a hoax or not. Personally, I was not shocked or even that surprised that this could very easily be real. Besides the fact that it is the most authentic alien video I've ever seen, it also displays a poor trait of humanity. They treat these beings like lab rats, with no intention of setting them free.

Going by so-called ex-members of Area 51: These advanced race of beings seem to be more spiritually solid and confident than human beings - in what lies ahead; they do not fear death, for that matter, as they believe the body is just a vessel to transport the soul from place to place. This is what many folks on Earth call "reincarnation." To me, since everything else in the universe and on this planet seems to recycle, it is the only spiritual belief that makes sense. Now, to what degree or extent, that is up for personal interpretation and perspective, so I'll leave that subject alone for now...

Another concept that often gets overlooked, is the possibility that some aliens may not travel through space, they may travel through dimensions. If so, it would have sort of a blink effect upon the arrival and exit between dimensions; sort of like, one second you see a UFO hovering in the sky, then presto, it is gone. In that sense, the craft occupies the same coordinates upon departure, but it changes the dimension in which its coordinates are in.

This top secret video via Area 51 will also show the alien go into seizure, and the interview was quickly aborted. They can only communicate through telepathy, outside of picture writing / hieroglyphics, so a telepath is needed. As was mentioned in the video, the staff at Area 51 mostly contains people of average intelligence, and all this information they are hiding, would come to great use if it got into the hands of the competent intellect that actually cared about humanity as a whole. Until the day comes, when all secrets are revealed, and we unite and learn together while destroying some of these stupid beliefs that we are alone in the universe, we can look at each other as "Earthmen" or "Earth People" and not this, that, or some other stupid title or silly name.

I've always thought that it would do mankind some good, if we were possibly threatened (not destroyed) or openly visited by a race of aliens (perhaps land on top of the White House, for starters), so we could put our Earth-bound bias to rest. Hey, sort of like the movie entitled "Independence Day." Anyway, that is enough chatter for now......

Update: The original, full-length 'top secret' video link has been removed at the source, due to unknown reasons.
However, I found part of it on YouTube and I'll provide it below. If you're curious about the full-length video that contained the interview with the provider of the tape along with additional commentary, you'll just have to search YouTube for the missing parts, like part 1, part 2, etc.

The reason for the circular pattern of what remains of the Stonehenge today...along with the fact that these massive stones were transported for miles & miles, is very mysterious to us - even to this day. How did the so-called "primitive" ancient man have the ability to move such stones and construct a Stonehenge with that much accuracy and precision? Did some other type of lifeform build this? Or did mankind have help from an advanced alien race of beings that came here from another planet within the galaxy? I think so...

Although, nobody knows for sure why the Stonehenge, Egyptian Pyramids, Easter Island sculptures, and so many other mysterious constructions, were ever built or even how they could have been fabricated with such intellectual craftsmanship.

Below, I'll provide a couple images of the Stonehenge and I'll give a link to a short story that theorizes that the giant stones containing bluestone, constructed in such a fashion, were once used as a power network for flying saucers from long ago. 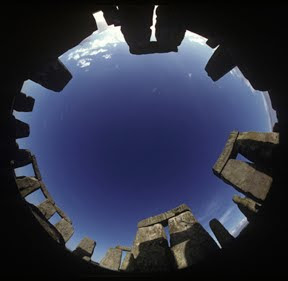 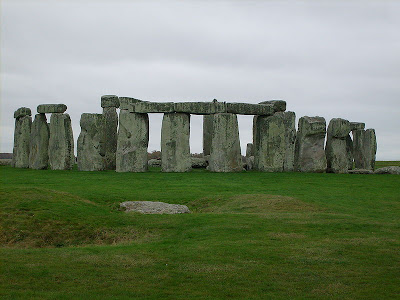 Was this once used as a power network for flying saucers? Read this short story and draw your own conclusions:
"Flying Saucers and Druids"
---End of Post "Mysterious Stonehenge..."
Posted by Obscurely Diverse at 5:20 AM No comments:

A while back, I re-typed several creative stories from a mini-pamphlet - into a section of another website of mine. I more or less gave a critique throughout the 11 chapters with editor interjections and editor comments amid the original content. The basis of the short stories is stemmed from the possibility of having alien visitors, extraterrestrial help, and so on, down through the ancient times of Earth and its inhabitants that dwelled therein.

In my opinion, when concerning chapters 1-11, it started off very interesting, became a little hooey in the middle chapters, and got back on track towards the end. The main part I didn't like, was that it, especially midway through, tried too hard to fuse the Holy Bible into its alien theories - my least favorite chapters were #6 & #7 ('Alien Encounter' & 'Spreading the Word via UFO').
But all in all, it made for an entertaining, thought-provoking read and it also contained many quotes from old books along with people in the scientific community, so the references sort of balanced out. I'll provide the link in a moment...

To me, anyone who denies the possibility of life on other planets or the fact that we have had space travellers visit our tiny planet throughout the timetables of history and during the prehistoric era, must be either extremely arrogant or ignorant, and possibly both.  I also don't deny the idea that many of the ancient writings, including the Holy Bible, religious texts and even cave paintings for that matter, may have been affected and/or influenced by visitors from another planet.   In fact, I'm sure there have been alien visitors from multiple races and planets, and so on.  It is an interesting subject, nonetheless...

"Were the first Earthmen Ancient Astronauts?" 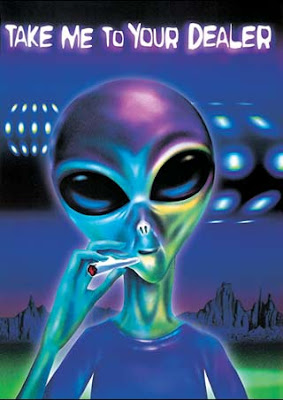 ---End of Post "Alien Visitors"
Posted by Obscurely Diverse at 4:46 AM No comments: