The Legend of Mel's Hole

The contemporary legend of what is referred to as "Mel's Hole," makes for an interesting tale - whether there is any truth to it or not.
Although, during the time of such claims, the mystery man Mel Waters claimed to be residing in or within the area close to Manastash Ridge, Washington, but no records indicate a resident living in that area during the given time period. He also claimed to know the whereabouts of an outlandish hole in the earth, measuring 9 feet in circumference and, after testing by lowering a weight attached to several reels of fishing line, estimated it to be at least 15 miles deep. Mel even appeared on radio shows, boasting about his knowledge of this mysterious, freaky hole with paranormal properties.

Speaking of paranormal or occult properties, the legend of Mel's hole also mentions that this seemingly endless orifice of earth (that would make for a great devil's gate in a horror flick or scary movie) had other odd qualities, such as the ability to bring dead animals back to life. To make it short, Mr. Waters supposedly sold the property and vanished along with the directions of this glorious underground landfill of his. Hell, the guy could have at least been nice enough to leave a map!

Although, for the most part, this has been labelled as an urban legend or just plain hooey, there are still other reports of this hole; one in particular, dates back several years before this Mel character. I recently read about how there was some tribal-related "Medicine Man" that went by the name Red Elk, claimed to have seen this mysterious hole with his father, in the year 1961. Red Elk also stated that the hole was much deeper than 15 miles, and that it was near 28 miles deep. Now, how in the hell he could have actually knew that, beats the hell out of me. I don't know, maybe the boogy man told him. This supposed Medicine Man also spoke about an Inner Earth belief with a race of giant "lizard men" who turned captured humans into sex slaves. Hmm, I bet this guy had some interesting dreams at night. Ha-ha! By the way, those Inner Earth creatures make for some excellent Sci-Fi shows!

Outside of Mel and the Medicine Man, there have been a few others that have claimed knowledge about this toxic waste dump of a hole. I call it that, because it has also been said that this "hell of a hole" had once been used by locals to dump their garbage and other random forms of junk for years, while never filling up. This suggests, that it must be one deep pit of filth and smelly debris... 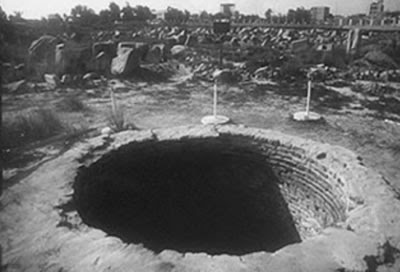 Hmm, maybe this is what Mel's Hole looked like: 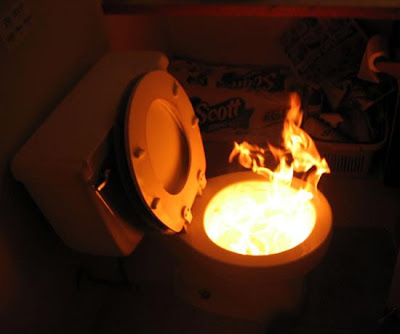 I've recently stumbled across a couple links in which one spoke about crop circles and the other mentioned underwater UFOs. This stuff was big in the '90s, but I see that it's still getting some attention, so I'll provide the images and links to 'em for your entertainment.

First of all, crop circles are a well known hoax that was often used, especially in the past, to really rile up the UFO activists. Don't get me wrong, I believe there is other life forms out there - some flying around in the universe or whatever, and the possibility of aliens visiting us from another planet, is something that I've never had any doubt about. But this crop circle hooey used to commonly be done as publicity stunts for certain towns, cities or whatever - call it the media effect, if you will.

I really don't know if alien beings would waste time playing in corn fields or other people's crops just to make wicked designs for their own personal amusement. However, this latest one that I stumbled across not only had a nifty pattern, it come with an onlooker's tale. 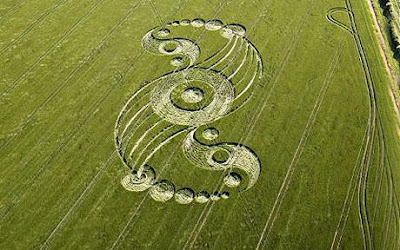 
Underwater UFOs:
I've heard about this for years... The possibility of UFOs soaring out of the water and/or diving underwater to great depths, is just as plausible to me, as them hovering around in the sky and disappearing. If this is true, however, they must have some sort of force field around their craft, perhaps a protective bubble of some sorts, that they use while bending time & space during their high speed travel throughout the cosmos; plus, an advanced race of aliens may possibly have access to dimensional travel, which would completely boggle our Earth-bound laws of physics.
Anyway, the link I'm about to provide for this subject, is about "Russian Navy UFO records say aliens love oceans." It goes on to quote Vladimir Azhazha, former navy officer and a famous Russian UFO researcher, “Fifty percent of UFO encounters are connected with oceans. Fifteen more – with lakes. So UFOs tend to stick to the water,” Vladimir said. Many folks have connected the bizarre occurrences within the Bermuda Triangle with such claims of alien activity.


...This is another quote from a Navy intelligence veteran, Captain 1st rank, Igor Barklay: “Ocean UFOs often show up wherever our or NATO’s fleets concentrate. Near Bahamas, Bermudas, Puerto Rico. They are most often seen in the deepest part of the Atlantic Ocean, in the southern part of the Bermuda Triangle, and also in the Caribbean Sea,” Barklay said.
News link covering Underwater UFOs:
http://rt.com/Top_News/2009-07-21/russian-navy-ufo-records-say-aliens-love-oceans.html [URL is no longer valid] 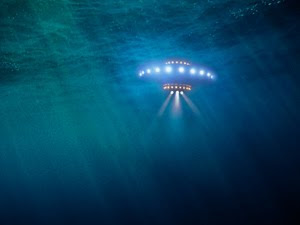 Do you have an Aura?

I recently took, out of curiosity, an aura test that was intended to tell me what the dominant colors of my aura were. Well, even though some of the reading was interesting, I highly doubt if I'm walking around with more colors emitting from me than a typical rainbow. Ha-ha! I'll give the link to the "test" in a moment, but first, the definition and a quick description is necessary:

Aura (noun): (1) a distinctive atmosphere surrounding a given source; (2) a luminous radiation.

The paranormal version of "aura" definitely falls under spiritual insight and most folks would simply label it as woo-woo wishful thinking of an occult nature, and be done with the kooky notion. However, if it is possible to "see" someone's aura, phenomenal clairvoyance needs to be applied.

The astral body is sometimes said to be visible as an aura of swirling colors. You know, sort of like the claims of having an "outer-body experience" and whatnot. At any rate, by me bringing up the possibilty of individuals having so-called "astral projections," I have slowly travelled away from our original topic. Excuse me, my "aura" must have had a transitory color shift off the color wheel and I temporarily flew away with my etheric body and lost my spiritual state of being one with myself on my way back. Ha-ha!

All jokes set aside, it is not too far-fetched of an idea that we all emit something, and the emissions would vary from person to person - some stronger, some weaker, for example. But, like most things, when they get over-analyzed to death by woo-woo practitioners, things can get a little whacked out into the branches of asininity.
A quick excerpt from the land of Wiki:
"Sometimes, however, all people, or all living things, or all objects whatsoever are said to manifest such an aura. Often it is held to be perceptible, whether spontaneously or with practice: such perception is at times linked with the third eye of Indian spirituality.Various writers associate various personality traits with the colors of different layers of the aura."

In you're still interested, you can read more about it here via Wikipedia.

Okay, now here is the link to that "Aura Test" I spoke about earlier:

Update:  I had to de-activate the above link, since it is no longer online.  Evidently, the ones behind that website, no longer believed they had an aura, either...  Ha-ha! 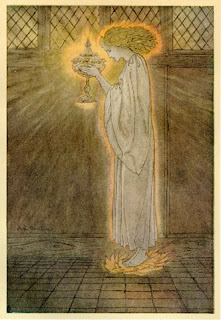 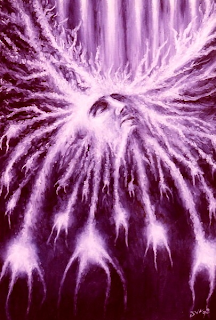