Mythical Movies: Jason and the Argonauts - Clash of the Titans

Of course, there are loads of movies that fall under the mythical genre, but while recently browsing through a Myths & Legends Book, I got reminded of 2 in particular. In that book, I stumbled across a chapter called "The Exploits of Perseus" and another chapter with the title, "The Argonauts." Well, Perseus was one of the greatest Greek heroes, the son of Zeus, and was the main character in the 2010 movie "Clash of the Titans." ...And when it comes to reading about the Argonauts, it was one of the greatest quest stories in all mythology, and the 1963 film "Jason and the Argonauts," is a classic mythical flick that most myth lovers and fantasy fanatics will truly enjoy. Plus, I always liked watching the older movies anyway. Movies made "back in the day," seemed to have better quality story lines, were more original, and didn't need all that techno-graphic-digital-effect crap that, to me, just sort of screws up most movies of today.

That reminds me, I went to watch one of these new-age "blockbuster hits" the other day (some new release action movie) and I just couldn't get into it at all. It had so many digital enhancements, techno-slash-forwards, and whatever the hell else they added to the fight scenes and certain parts of action, that it just looked plain retarded. I mean really, when I'm watching a fight scene, for example, I don't want them to: fast forward the punches or kicks to make it look more dynamic, amp the music and sound effects up to the point it sounds like I'm in a concert with each punch, jumble the action all around like some madman director has been cut free from the asylum, and have massive explosions without reason, all while some wimpy guy that I could beat down, gets to look like some rough & tough hero. Ha-ha! Man, I've really got off subject here, but what's new? This post was suppose to be about mythical movies, Jason and the Argonauts, Clash of the Titans, etc. Oops! Now back to the subject at hand...

Anyway, I've seen both of these on DVD, and I enjoyed them very much. I currently own Clash of the Titans, but I still need to order Jason and the Argonauts, while I'm thinking about it. Below, I'll provide some Amazon links, product descriptions and whatnot, in case you may also be interested in ordering these high-quality mythical movies.

Jason and the Argonauts (1963 Version)

Movie Description:
The 1963 version of Jason and the Argonauts is a colorful adventure that is inspired by the Greek myth. This splendid tale begins when the fearless explorer Jason (played by Todd Armstrong) returns to the kingdom of Thessaly to make his rightful claim to the throne, but the gods proclaim that he must first find the magical Golden Fleece. Consulting Hera, the queen of gods, Jason recruits the brave Argonauts to crew his ship, and they boldly embark upon their journey which turns into a very action-packed, eventful trip. Along the way they encounter a variety of mythical creatures, including the 100-foot bronze god Talos, the bat-like Harpies, the seven-headed reptilian Hydra, and an army of skeletons wielding swords and shields. Jason and the Argonauts is an excellent fantasy film and is a prime showcase for pure imagination and film-making ingenuity.

Click the Image Below, to Search for "Jason and the Argonauts" DVDs: 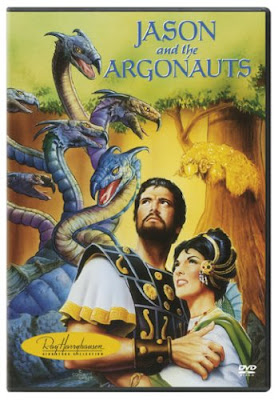 Amazon Product Description:
In Clash of the Titans, the ultimate struggle for power pits men against kings and kings against gods. But the war between the gods themselves could destroy the world. Born of a god but raised as a man, Perseus (Sam Worthington) is helpless to save his family from Hades (Ralph Fiennes), vengeful god of the underworld. With nothing to lose, Perseus volunteers to lead a dangerous mission to defeat Hades before he can seize power from Zeus (Liam Neeson) and unleash hell on earth. Battling unholy demons and fearsome beasts, Perseus and his warriors will only survive if Perseus accepts his power as a god, defies fate and creates his own destiny.

Click the Image Below, to Search for "Clash of the Titans" DVDs: 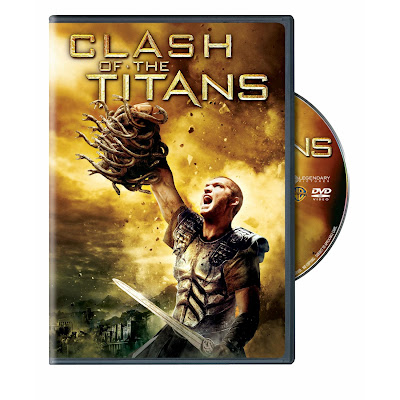 ---End of Post "Mythical Movies: Jason and the Argonauts - Clash of the Titans"
Posted by Obscurely Diverse at 5:35 AM