This is a loaded topic, as some of these beings are found by way of mythology, urban myths, legends, and folklore. They make for very entertaining stories; some have even led to cults and serial killings - such as vampire/blood worship, for example.
To list a few malign creatures: Werewolves, Vampires, Ogres, Trolls, Devils & Demons, Witches, and whatnot.

Out of that small list, the Ogres & Trolls stand out as the least common. Trolls are often found in different types of mythology with their main goal being to pester, harass, and badger humans, while being prone to violence. The Ogres are usually depicted as monstrous beasts with great size & strength - sort of like the Cyclopes. They're not known for their beauty, as these ugly creatures are not very photogenic. In addition to their less-than-friendly appearance, they are apt to eating humans and are also inclined to display cannibalistic traits. Ogres appear in many legends & folklore tales.

Stories, information, and worship of Werewolves, Vampires, Witches and other demonic entities are widespread. Out of those, witchcraft and black magic (although usually harmless & senseless) stemming from the belief in witches & demons, and the cults that often come from blood/vampire worship, can be the most malign of all. A myth is one thing, but the real-life practice and execution while trying to mimic mythical beings, is another set of potential problems.
In ancient times, there was no such term or label known as a "vampire"...but blood drinking and flesh eating worship was still in effect. To some of the overly religious folks, many of these malignant beings are all related to the devil, in one way or another.

I must say, all of the creatures listed in this post, definitely make for some great flicks. Many of these characters, in movies/films, often captivate the religious & non-religious audience.
Okay, now that we are all feeling a little wicked, I'm going to grab some beer and go morph into some nefarious beast, so I can lurk within the "Darkside" for a few...... 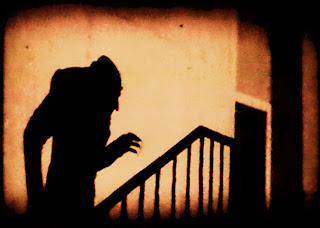 ---End of Post "Malign Beings, Creatures, & Beasts"
Posted by Obscurely Diverse at 5:10 AM