This unknown creature that hasn't yet been proven to exist, other than from hearsay, folklore, and wild claims without proof, is believed by many to be some giant cryptid that is half human and half ape or whatever. Just think of this Abominable Snowman, also known as the Yeti Monster, as the cold-region version of Bigfoot. Yeah, sort of like an arctic Sasquatch with poor social skills...

I'm not saying that there can't be large creatures lurking around that resemble giant humanoids with hair-growth issues, but most of the scientific community would not waste time on the legend of the "Abominable Snowman," although there are still some people out there that claim to have seen it - and it's one of the more popular beasts of cryptozoology. On the other hand, with all the techno camera tricks and photo editing available - along with the way things are today in general, most people probably wouldn't even believe pictures or videos anymore, that is, if this thing ever does get caught on tape. I did find a vague picture on Wikipedia that was supposedly took of this giant, hairy loner in 1986; you can view it below:

Anyway, the Yeti Monster supposedly dwells in the Himalayan region of India, Nepal, and Tibet. This massive mountain range would be a great place for a beast like the Abominable Snowman to hide out away from us crafty humans, although that cold mountain range is an extremely harsh climate with all the snow, ice, and frigid temperatures.
The eye-witness reports often size this creature up, like the common Sasquatch, to be around 7 to 10 feet tall with huge feet, walks upright like a human, and smells really bad (how insulting - ha!). Now that's another thing right there... I often hear about how these Bigfoot, Sasquatch, Yeti Monsters and other beast-like animals smell. Wait a minute... Just how close are these people getting to 'em. If that's true, then surely somebody can film this sucker for us to see, right? Anyway, not that I care what it smells like, the point is, this character does sound similar to the Bigfoot creature - just in a different location.

The more and more I hear about this type of stuff, it makes me wonder if maybe, just maybe, that there is a chance or possibility that there could still be a few remaining evolutionary rejects from the Gigantopithecus species, roaming around in isolated, hidden areas while acting as a recluse. If you're wondering, Gigantopithecus is an extinct giant ape. In fact, by fossil records, they are believed to be the largest apes to have ever lived; weighing in at about 1,200 lbs. and nearly 10 feet tall! That's one big hairy monster of an animal that I'd hate to walk up on, and I'm damn sure not going to be out looking for it! Ha-ha! If you would like to read more about that particular species, visit: http://en.wikipedia.org/wiki/Gigantopithecus

Anyway, not that this is the case with the legend of the Abominable Snowman, but what if there were still a few survivors of the Gigantopithecus out there? Well, it wouldn't be the first time science has discovered a living species that was once believed to be extinct. Take the Coelacanth fish, for example. They were thought to have been extinct since the end of the Cretaceous period (145.5 to 65.5 million years ago)! However, even though their existence was thought to have been totally erased from the planet during the last 65 million years or so, the Coelacanths were discovered (in live form) in 1938.

If you'd like to read more about reappearing species that were once believed to be extinct, check out the "Lazarus taxon" article that covers this subject, here: http://en.wikipedia.org/wiki/Lazarus_taxon

Anyway, back to our "Abominable Snowman - Yeti Monster" myth... I remember as a kid, thinking it was suppose to be some oversized, white-haired beast from up north, sort of like the one that appeared during a certain episode (can't think of the name) of the cartoon called "Scooby-Doo." I assume that the white-haired creature you often see depicted as the "Abominable Snowman" via drawings, cartoons and other artwork, must represent snow on the brown fur instead - since all the eye-witness reports that I've read about, describe a dark-haired beast lurking in the snow. Well, that's enough about this snowman monster subject. Who knows...??? 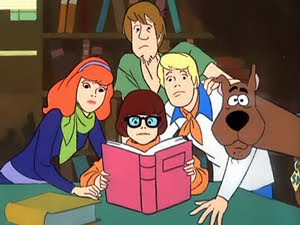