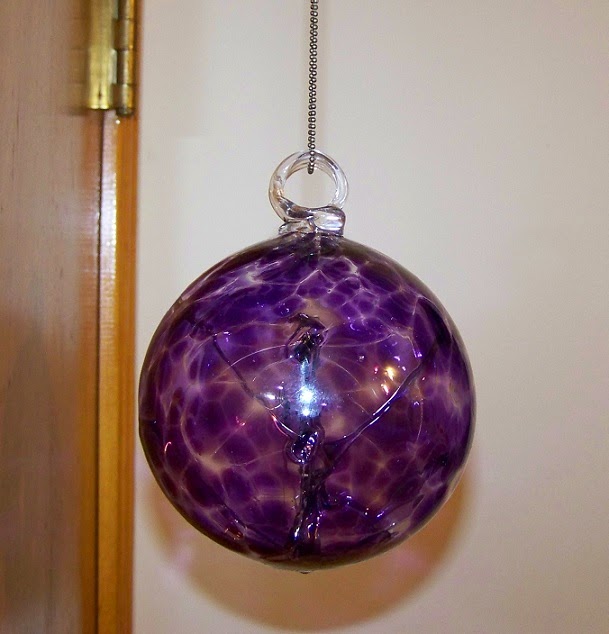 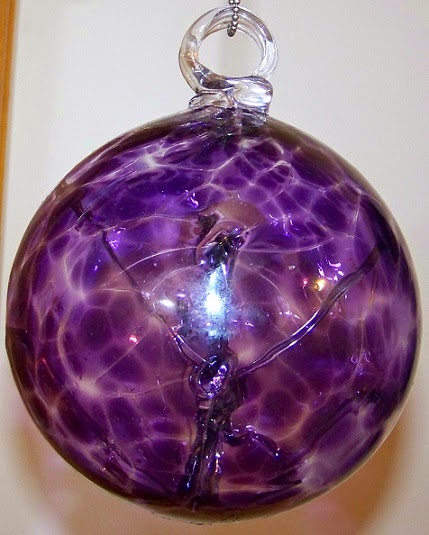 These cool hanging ornaments are called many things, but I selected the three most common names for the title: Witch Ball, Spirit Ball, and Fairy Orb. Anyway, when you hear the term 'witch' one may think it involves something negative, but the witch ball originated from groups of people with customary beliefs involving "good" witches. They were considered a blessing and these witches would usually "enchant" the balls, like the one shown here, to give it the properties it needed to ward off sinister spirits and to deflect nefarious intentions, negativity, evil spells, sickness, and so on.

These fairy orbs are traditionally blue or green and made from glass, although I found a wicked purple one several years ago. They can be many different colors and made from different material, but these are the most appealing in my opinion. These spirit balls are another thing that I would just buy for decorative purposes, but some people have them for their mythical, supernatural claims. Speaking of claims, some people think that today's ornamental Christmas balls that many folks hang from their Christmas tree, actually spawned from these fairy orbs or spirit/witch balls.

I would normally hang these from the ceiling, but for better lighting conditions, I moved it to a lower location for the photos. The 2nd pic is a close-up shot of this nifty little glass globe. You can click the images to enlarge for a better view. Well, that's all I have to say about this subject; cheers!

Image Credit: My own photos.