Even though classical mythology has several versions/stories of creation, I won't spend much time on it; mainly because many creation theories are similar, in my opinion. Ancient Greek's creation myths set the stage for many of the goddesses and gods who were supposedly dwelling on the famous Mount Olympus.

One myth states: In the very beginning, it was total darkness and absolute nothingness...and this dark void was known as chaos. Amid all of this "nothingness" there came a goddess called "Eurynome"...as she took the form of a Dove and laid an egg. Then, a serpent (sound familiar?) by the name of "Orphion" coiled itself around the egg. As the serpent incubated the egg of life, it finally hatched and out poured all things that exist.

Another myth involves Gaia, mother Earth, & Uranus, the sky, making love. Uranus then, sent water upon her land which provided seas, oceans, and lakes...and in return, this yielded life and the first inhabitants (Cyclopes & Hundred-Handed Giants) that dwelled on this planet.

Editor's comment: I found the first myth to be especially interesting, with the correlation between the traditional biblical stories of Adam & Eve, the tree of life and the serpent. Although, it is not exactly the same, but it was a similar scenario, regardless. It also reminds me of Yin & Yang theories. Think about the first myth: Dove (good) + Serpent (evil) = Everything. ...Sort of balanced, but yet, chaotic. The second myth introduces the well known Mother Earth, Gaia. With or without mythology, Mother Earth is an entity that many of us acknowledge. It wouldn't be a good idea to piss her off, either. Even though, us crafty, polluting humans of today, seem to be doing a good job at violating our planetary terms of agreement...if you know what mean...... 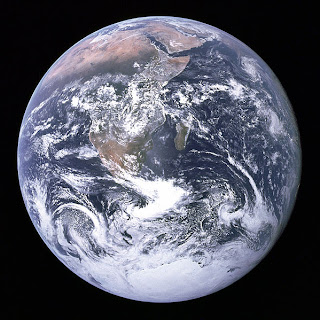 Update: Well, since I recently mentioned it in the comment field, I suppose that I need to provide a link to that other related post, here:  "The Ultimate Queries - Creation Theories"